The future of money at your fingertips

Through the B.P.S SmartWallet, anyone can create an account within minutes, after the full ID verification is made.

Users can sign up with their fingerprint or get referred by someone who is fully verified in the system to get their own B.P.S account.

B.P.S SmartWallet allows users – and only them – to control their own assets from anywhere, as long as they have a mobile device which supports biometric authentication – like a tablet, smartphone or a fingerprint device connected to a PC or Laptop.

The rapid growth of cashless payments outlines the need for cyber-security to meet new threats. Biometric authentication presents the ultimate solution to this emerging challenge. More than two-thirds of Europeans want to use biometrics as a method of payment authentication for convenience and security.

In parallel, blockchain technology is disrupting many markets and is forecasted to grow to 2.3 billion USD by 2021.

Now, imagine for a moment the explosive combination of digital payments, biometric authentication, and blockchain technology: This is Biometric Payment Systems, or short: B.P.S

With our SmartWallet the future of money just began.

All data is encrypted in the app before being sent to the network. All your assets are stored decentralised.

Data presented in the app is cleaned from any form of personal information identifying patterns.

Biometric data is only stored in your device.

Discover our product and follow our Vision – B.P.S – SmartWallet

How does it work?

The B.P.S SmartWallet protects the user privacy by keeping the users’ fingerprint patterns carefully encrypted and contained within the secure hardware on their mobile device.

This guards against malicious acts, ensuring that users can safely use their fingerprint.

When the user opens up the B.P.S SmartWallet, it creates an asymmetric key pair, it sends it to our backend server and prompts the user to touch their fingerprint.

The backend will use the public key to verify the future transactions that are authorized by the user. When a user activates their fingerprint reader to purchase an item, they’re unlocking a hardware-backed cryptographic vault.

After the successful authentication, the signed piece of data with the transaction information will be sent to the backend. The backend will verify the signed data using the public key enrolled the first time.

B.P.S leverages blockchain, biometrics and artificial intelligence to offer a revolutionary decentralized payment system to users worldwide. Users will get rewarded for participating in B.P.S, and rewarded activities will fuel the growth of the platform.

To support its development B.P.S is introducing the BPST token and launches a very promising Initial Coin Offering (ICO) campaign.

We believe that giving people additional opportunities to earn by engaging with the platform will incentivize the client participation, retention, and enthusiasm. It also ensures more liquidity within the engine, which keeps spreads low and generates higher overall volumes.

We intend for users to get rewarded for participation and recommendation at B.P.S as the platform develops.

Referring friends to the platform, and completing the user feedback forms designed to help the team improve the platform.

Here is a detailed explanation of how B.P.S’s unique referral system is working:

The system is based on a two level limited referral system that rewards users that refer other users, up to two levels.

For example, if one SmartWallet transfers an amount (which we consider 100%) to another SmartWallet then the receiving SmartWallet gets credited 99%.

Sharing of the 1% transaction fee:

We already launched in cooperation with our partner company BTM Service Gmbh our first crypto-ATMs (BTMs) at many locations. There you are able to exchange FIAT-money into the top crypto currencies and also you are able to exchange the top crypto currencies in FIAT-money. With our two way BTMs we build up a connection between the FIAT-currencies and the crypto market. Our network of BTMs is constantly expanding. Soon we are located near to you! 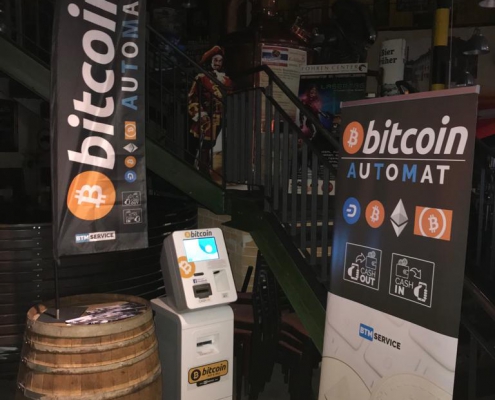 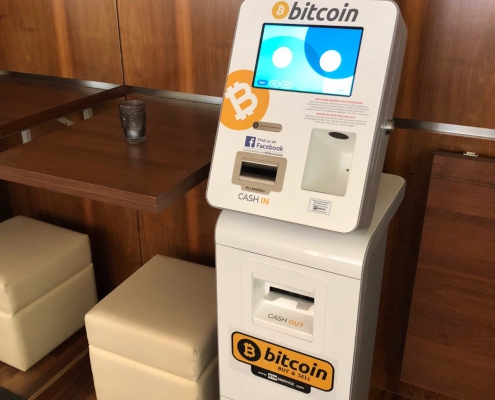 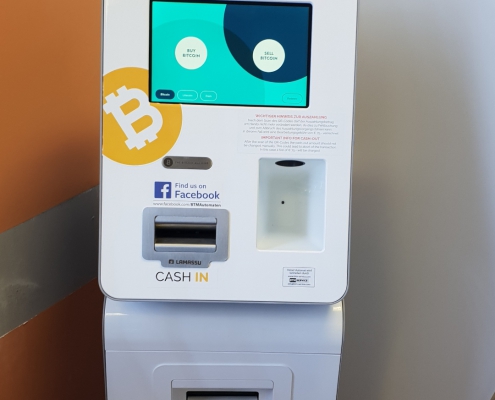 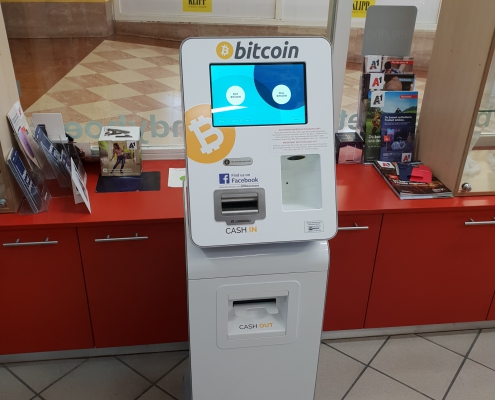